Several years ago I worked for a telco company, a more or less R&D branch of it. From the several roles I had, my latest one was being a "technology consultant". I was part of a centralized team whose focus was processes, trending technologies, tooling, CI/CD, etc.

It was quite interesting because I could try new things and help others. On the other hand, it was also quite challenging because the company was highly hierarchized and most of the teams were working in waterfall, for highly complex products, with a long history and... old technologies. I loved working there, since there were a bunch of departments working in quite different things: messaging systems, intelligent networks, mobile and TV apps, hardware equipments and more.

At a certain point, I was assigned the task of helping an "external" team implementing successfully test automation on fiber optics "solutions" (we'll come back to this).

To give a bit more background, this team was a testing team, part of a broader testing team that in turn was part of a department. The department had several development teams, mostly hardware related but also software related. Each software team was working in a particular area; some in the CLI (command line interface) of the equipment, some in the management systems, some in the firmware, etc. When a customer bought a product, they were buying the whole stack of products or a combination of some. Some product existed by themselves while other only while in the context of the whole stack. To make this even harder, some customers had their own configurations (i.e. variants of the product(s)).

Testing was essentially being done end-to-end, sometimes at the management software level. Regression testing was being performed manually against each build; as time was scarce, only a subset of tests could be executed; it was simply impossible to execute everything because meanwhile a new build was knocking on the door.

We had many challenges, technical and non-technical; in hindsight, our biggest challenge was human related which is also the hardest to overcome, IMO.

Besides this, our target "solution", or SUT, was too complex and was apparently impossible to automate because we were talking about physical hardware with many physical interconnections, optical and electrical. Some of these networking equipments are not easy to automate from the outside.

As we had a strict timeline and we want to show results to all stakeholders (yes, this is probably one of the most important aspects), we needed to be very pragmatic. Thus, and since the team was very small (4, myself included), we defined clearly the SUT and told everyone that we wouldn't be testing everything; it wasn't viable. We also stated that this allowed us to do more things in the future and that this part was essential.

We looked at the whole fiber optics system (customer and operator side) and choose the operating system of the main backend/operator side equipment as the main target for testing. We then looked at all the available interfaces and thought from an automation point-of-view: "Can we use this interface to communicate to the equipment? Can we build an API somehow on top of that? How easy is going to build that API and how stable it will be? What are the cons?".

What seemed to be impossible at first sight, soon became feasible. We were thinking "hmmm, we can interact with that equipment if we do this or if we use that...". Building these layers of communication allowed us to build the foundation where we could build our test automation on.

Coding skills were low at the team; no problem, we all can learn. Ruby was chosen as it is a scripted language quite easy to learn; besides, there are a ton of libraries that can easily extend it to do whatever we need. Thus, the team doesn't have to deal with low-level kind of details and may see results sooner.

Cucumber was used to implement the testing scenarios; we were not adopting BDD but we were taking advantage of the Gherkin syntax and the natural ability of having reusable, executable steps across different scenarios.

Since the team was using Jira, we stopped building out reports manually in Word, PDF, Powerpoint, whatever, and sending them by email; instead, we used Jira and proper dashboards that could be accessed even by C-level roles.

Even so, we met on person with all the team members, from the different teams, to show where we were and the gains we were already obtaining.

If you're going to implement test automation in on-going project that didn't have testability as one of its concerns from the start, it is going to be hard but it's not impossible.

Even though systems may be complex, people are probably the biggest blocker for automation :)

So, if you're going to implement test automation in an on-going project make sure that (in so special order):

When the previous points are established, you may proceed with the more technical part: 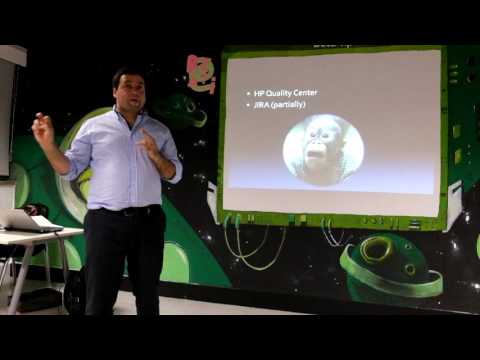 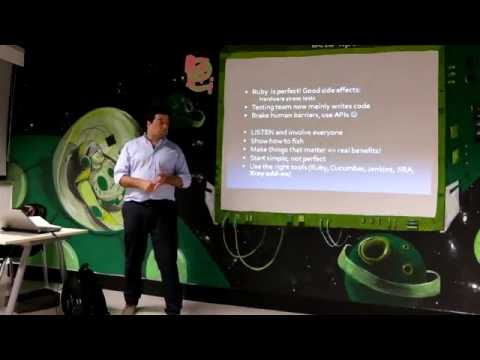 Thanks for reading this article; as always, this represents one point in time of my evolving view :) Feedback is always welcome. Feel free to leave comments, share, retweet or contact me. If you can and wish to support this and additional contents, you may buy me a coffee ☕